The reason for the inconsistent density of sand blasting machine

In the use of sand blasting machine, if there is uneven sand density, it is necessary to understand the causes of this situation in detail, so as to reasonably solve the problem, ensure the use of equipment and reduce the failure situation.
(1) Sandblasting equipment in sandblasting gun walking speed is not stable. When the speed of the spray gun is slow and that of the spray gun is fast, the sand emitted by the two is the same per unit time, but the distribution area of the sand is small in the former and large in the latter. Because the same amount of sand is distributed on the surface of different areas, it is inevitable to appear dense and inconsistent phenomenon.
(2) Air pressure is unstable during operation. When an air compressor is used for multiple spray guns, the air pressure is more difficult to stabilize, when the air pressure is high, the sand is more inhaled and ejected, and when the air pressure is low, it is the opposite, that is, the amount of sand inhaled and ejected is less. When the amount of sand is much, the sand surface is bound to appear dense, while when the amount of sand is little, the sand surface is bound to be sparse.
(3) The nozzle distance from the surface of the workpiece is too close and far. When the nozzle of the spray gun is close to the surface of the parts, the spray range is small, but it is more concentrated and dense. When the nozzle of the spray gun is far from the surface of the parts, the sand is still sprayed so much, but the sprayed area is expanded, and it will appear sparse.
The above is the reason for the uneven sand production of sand blasting machine. According to its introduction, specific analysis can be carried out to solve the problem reasonably, so as to ensure the use efficiency of equipment 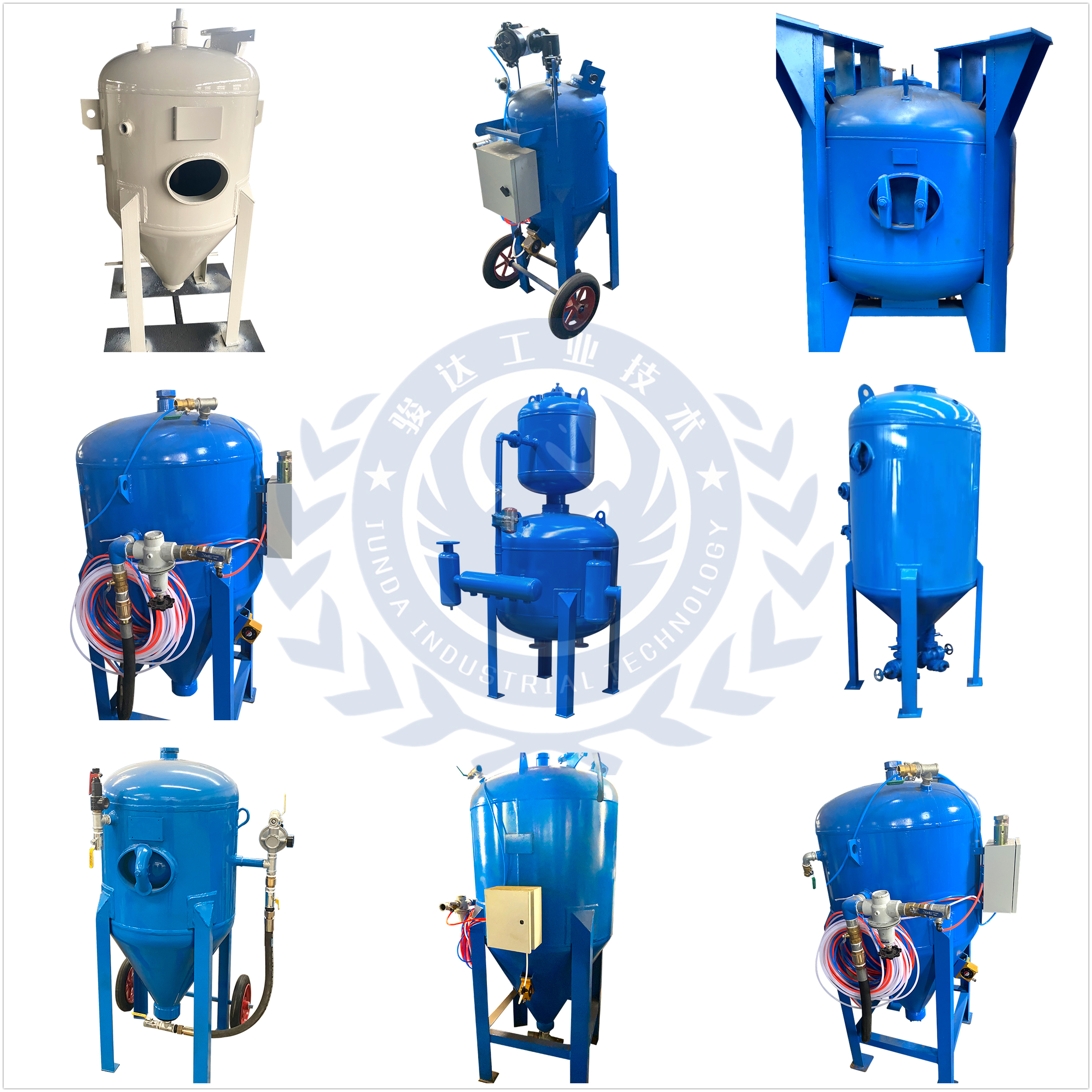