Steel Grit is made by crushing steel shot to angular particle subsequently tempered to different hardness to cater for different application, screened by size according to SAE Standard specification. 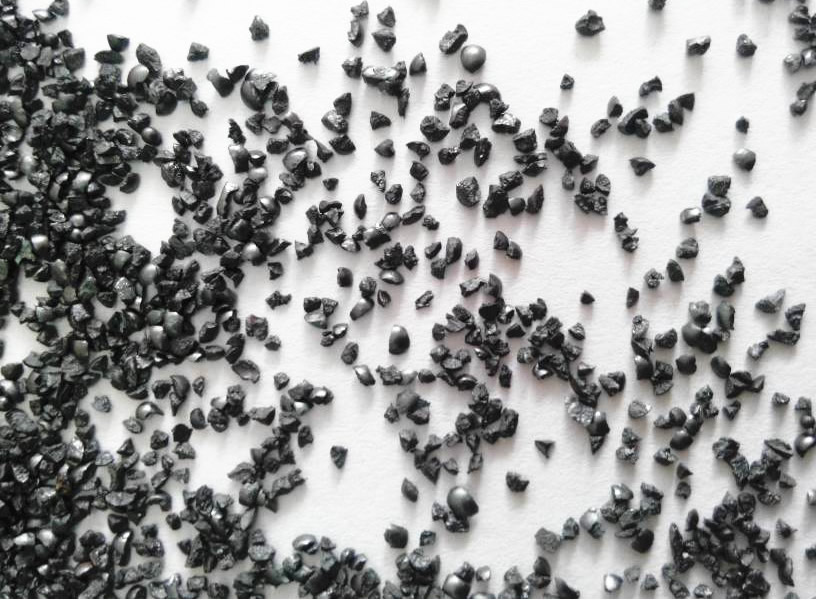 Steel grit Cleaning
Steel shot and grit are used in cleaning applications for removal of loose material on metal surfaces. This type of cleaning is common in automotive industry (motor blocks, cylinder heads, etc.).
Steel grit Surface preparation
Surface preparation is as a series of operations including cleaning and physical modification of a surface. Steel shot and grit are used in surface preparation process for cleaning metal surfaces which are covered with mill scale, dirt, rust, or paint coatings and for physically modifying the metal surface such as creating roughness for better application of paint and coating. The steel shots are generally employed in shot blasting machines.
Steel grit Stone cutting
Steel grit is used in cutting hard stones, such as granite. The grit is used in large multi-blade frames which cut the blocks of granite into thin slices.
Steel grit Shot peening
Shot peening is the repeated striking of a metal surface by hard shot particles. These multiple impacts produce a deformation on the metal surface but also improve the durability of the metal part. The media used in this application is spherical rather than angular. The reason is that spherical shots are more resistant to the fracture which happens due to the striking impact.


Please fill in the following form to contact us